Pekingers enthusiastically do duty to nation

Seventeen years ago, hundreds of Pekingers rushed into the trenches of anti-SARS battlegrounds across the country, with some of them losing their lives in the fight. Seventeen years later, Pekingers are again answering the call to national duty.

Once again, it is the PKU spirit that encourages generations of Pekingers to selflessly combat disease for their fellow citizens. 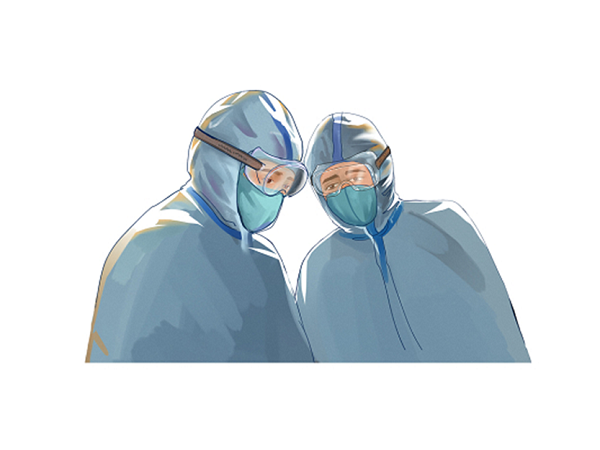 Several medical teams from PKU-affiliated hospitals have been dispatched to Wuhan soon after the outbreak of COVID-19 in January. Some of them had prior experience tackling SARS in 2003, and selflessly left their families to contribute their expertise to a Wuhan relief team comprising doctors and nurses trained in relevant fields such as respiratory illnesses and intensive care. These brave men and women were on the front line in the battle against the new coronavirus in Wuhan for over 60 days, putting their own lives at risk so that others could be given a chance to survive the pandemic. 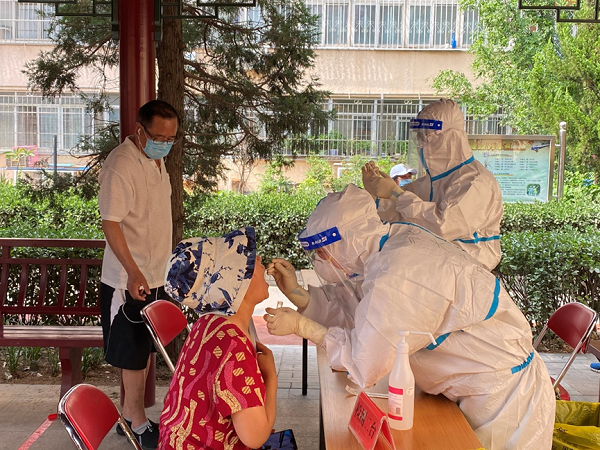 Back in Beijing, a new cluster of local COVID-19 infections in June raised the city public health emergency response from the third to the second level. 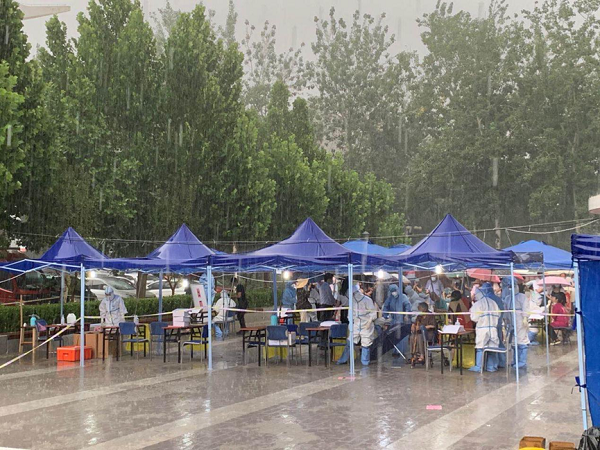 Beijing took several measures under the second level of the public health emergency response. Residents of Beijing's medium and high-risk areas, as well as those related to the Xinfadi market cluster, were not permitted to leave Beijing. Other residents could leave the city only if their trip was deemed absolutely necessary, provided they had negative nucleic acid test results no older than seven days. The city administration carried out extensive nucleic acid testing for residents who needed it most. 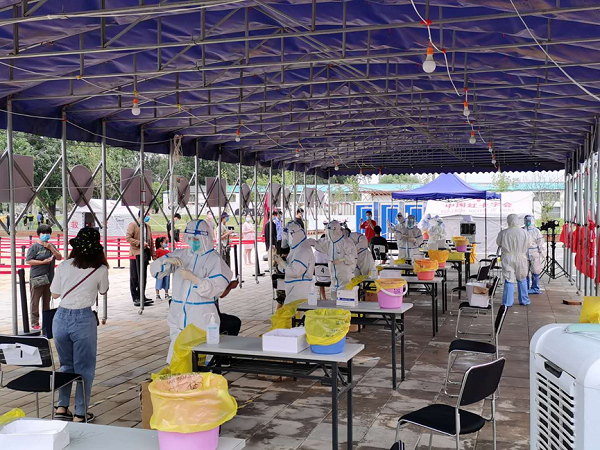 A group of 265 medical staff (divided into 10 groups) from Peking University School of Stomatology, joined the medical team to help with nucleic acid testing. Wearing heavy protective suits and face masks, they worked within tents outdoors, taking residents' throat swabs, registering their information, and putting the samples away in a protected storage box. These boxes would later be transported to a local disease control and prevention center for analysis. 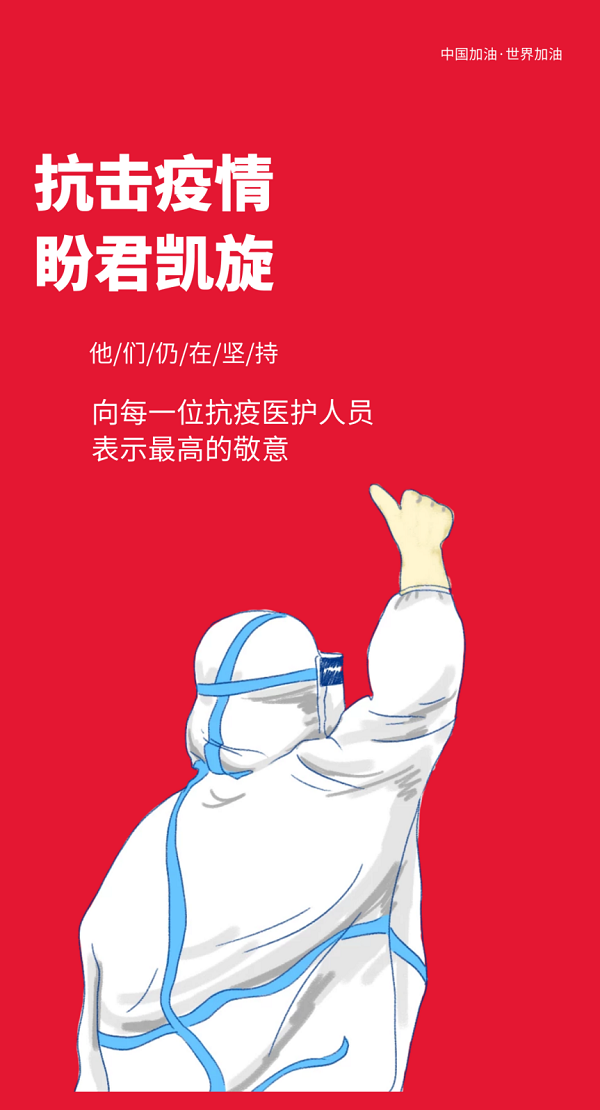 next text: WHOCC CHN-26 contributed to WHO guidance for essential oral health service in COVID-19